Rhodiola and the Heroes, Healers and Shamans of Greek Mythology

Rodia Riza — this is the name given to Rhodiola roughly 2000 years ago, in 77 AD, by Dioscorides, a Greek physician, pharmacologist, botanist, and author of De Materia Medica — a 5-volume Greek encyclopedia on herbal medicine, widely read for more than 1,500 years and which became the precursor to all modern pharmacopeias.

Rhodiola’s roots reach further into antiquity, covering an interconnected, mythological and legendary landscape that goes back 3000 years, to the 13th century BC, when it is believed Rhodiola came down from it’s cold-climate habitat in the Caucasus Mountains on trading expeditions to surrounding regions, among them Colchis, in what is present-day Georgia.

In Greek mythology, Colchis was the location of the Golden Fleece sought by Jason and the Argonauts in Apollṓnios Rhódios’ epic poem Argonautica, written in the 3rd century BC.

There are dozens of scholarly interpretations for the Golden Fleece, including; royal power, a book on alchemy, the forgiveness of the Gods, a breed of sheep, the sea reflecting the sun, riches imported from the East, the wealth or technology of Colchis.

Could it be that the Golden Fleece is actually the “Golden Root”, another common name for Rhodiola?

Could it be that the “riches imported from the East”, and “the wealth or technology of Colchis” was in fact a plant — a plant that bestows longevity, immunity, strength, endurance, fertility, virility, enhanced cognition and sharper memory?

Surely these things would hold immense value in an era of such significant and influential conquest, governance, philosophy, science, art, astronomy, writing and storytelling.

The name Apollṓnios Rhódios simply means “Apollonius of Rhodes” — Rhodes being the largest of the Greek islands and is also the island group’s historical capital city. Rhodes is at a crossroads between Europe, the Middle East, and Africa — a major sea and trade route.

The island has been called Rodi in Italian and Rodos in Turkish, and the epithet Rhodios or Rhodian indicates an association with the island of Rhodes.

Therefore we can imagine, or simply infer, that Rhodiola, while not originating in Greece, acquired a sort of brand name in Rhodes, with the rare, valuable and astounding “Golden Root”, Rhodiola, establishing itself in the society and culture of the era. In a similar manner as the name “coffee”, which may have come from the Kingdom of Kaffa in southeast Ethiopia, where Coffea arabica grows wild.

And, as you digest the above and we continue below, drink a healthy dose of Euhemerism.

Euhemerism is “an approach to the interpretation of mythology in which mythological accounts are presumed to have originated from real historical events or personages. Euhemerism supposes that historical accounts become myths as they are exaggerated in the retelling, accumulating elaborations and alterations that reflect cultural mores.”

So, we have ol’ Apollonius, once the Head of the Great Library of Alexandria, who was presumably hanging around with a quite a crew of authors, poets and scholars, and he writes a blockbuster, and the only surviving epic of the Hellenistic period: Argonautica, which is itself based on older stories and myths of Jason and the Argonauts, stories which include Heracles, Orpheus, Medea and Hecate.

Let’s zoom in on this gang:

A healer who knew were he was going.

Jason: leader of the Argonauts, the name Jason means “healer”, and Jason is possibly a local hero of Iolcus to whom healing powers were attributed. The ancients regarded him as the oldest navigator and the patron of navigation. The ship Argo set sail from Iolcus with a crew of fifty demigods and princes under Jason’s leadership.

Heracles: better known as the Roman “Hercules”, he is the most renowned hero of antiquity, known for astounding strength, the “greatest of the Greek heroes, a paragon of masculinity and a champion of the Olympian order against chthonic monsters” — the subterranean demons of the underworld.

Scholars have noted: “The core of the story of Heracles has been identified by Walter Burkert as originating in Neolithic hunter culture and traditions of shamanistic crossings into the netherworld. It is possible that the myths surrounding Heracles were based on the life of a real person or several people whose accomplishments became exaggerated with time. Based on commonalities in the legends of Heracles and Odysseus, author Steven Sora suggested that they were both based on the same historical person, who made his mark prior to recorded history”. ref

A musical magician who can alter reality and pacify demons with song.

Orpheus: Son of one of the Muses, “He was the first poet and first inspired singer, and his whole life is the history of the results of divine harmony. Lord of the seven-stringed lyre, all men flocked to hear him, and wild beasts lay peacefully at his feet; trees and stones were not unmoved at the music of his heavenly instrument. The denizens of the unseen world and the princes of Hades rejoiced at the tones of his harp. Companion of the Argonauts in their famous expedition, the good ship Argo glides gently over the peaceful sea at the will of his magic strains; the fearsome moving rocks of the Symplegades, that threatened Argo with destruction, were held motionless; the dragon of Colchis that watched the golden fleece was plunged in sleep profound.” — P. Decharme, Mythologie de la Grece Antique

A curandera and her genio, her spirit helper.

Hecate: the goddess of magic, witchcraft, the night, moon, ghosts and necromancy — the practice of communicating with the dead, especially in order to predict the future — which evolved from shamanism. Hecate was one of the main deities worshiped in Athenian households as a protective goddess and one who bestowed prosperity and daily blessings on the family. She was associated with crossroads, entrance-ways, light, knowledge of herbs and poisonous plants.

Along for the ride.

We have this story — an old story, a story shaped and woven by poets, built upon even older stories, passed from tongues to souls over fire — of a healer-navigator, a heroic strong-man-shaman, a man who sings and plays enchanting magical music, a goddess of magic, communication and plants, and her earthly mediator; an herbalist and priestess — on a quest for a mythical object that is, amongst many interpretations, a symbol of authority and kingship.

Sure, the story of the Golden Fleece is steeped in myth and wrapped in time, and scholars of all kinds have examined it far more deeply than I ever will — still, to my mind a cast of characters made of healers, shamans, musical magicians, plant goddesses and herbalists on a secret, coded, quest-within-a-quest for a powerful plant makes beautiful sense, to me.

Especially as we know who else was on the hunt.

Even now, in our modern world with our advanced techniques and global reach, Rhodiola rosea is highly sought after, always in demand, often out-of-stock, and is considered endangered in the wild.

It seems the mythical and arduous quest for the highest quality Golden Root continues. 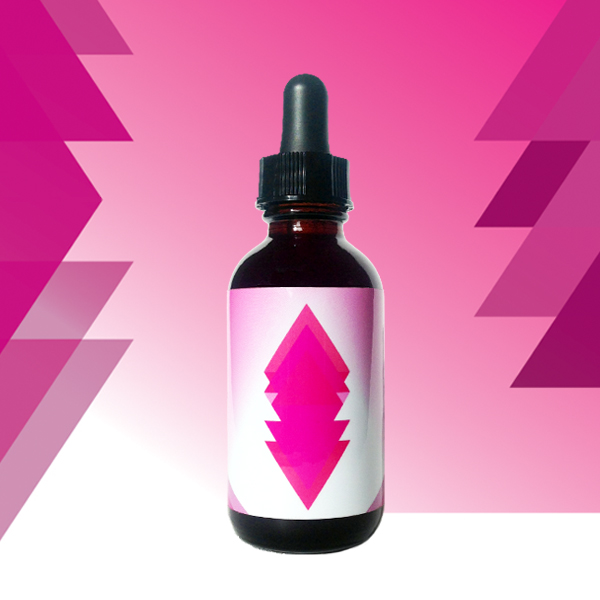